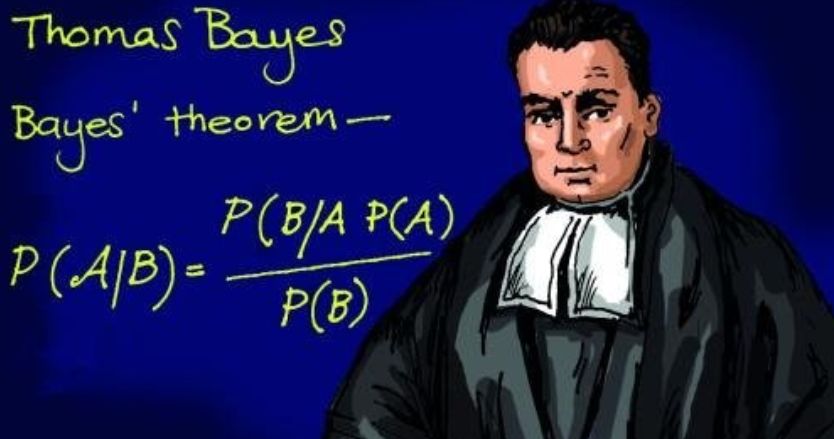 COVID-19. POSITIVE AND NEGATIVE TEST RESULTS: WHAT DO THEY REALLY MEAN?

Nearly all methods of detection employ tests that are not 100% accurate, meaning any given test will not detect everyone with a given condition, or yield negative findings in everyone free of the same condition. Thus, we must constantly assess the likelihood of disease if a given test result is positive, as well as the likelihood that a given disease is absent if a test result is negative.

To answer these questions, we first turn to Reverend Thomas Bayes (1702–1761), an English clergyman who happened to be a fine mathematician, which was undoubtedly his first love. He formulated a theorem bearing his name, which allows the mathematical calculation of probabilities of outcomes given certain baseline population characteristics. Bayes’s formula remains pertinent to this day and is used by contemporary health professionals, psychologists, economists, physicists, and engineers.

The idea that Bayes introduced was that of conditional probability, i.e., the likelihood of an outcome from and event combined with another known event. In medical issues, Bayes provides a mathematical means to derive the actual probability of a disease after a given test is applied.

For example, let’s use commercial flying. Although this form of travel is approximately 60 times safer than car travel, why are so many of us afraid of airplanes? The answer can be described in terms of conditional probabilities. The probability of dying in an air fatality is the product of two different probabilities—the probability the airplane will crash, and the probability that, in the event of a crash, the passenger will die. The first probability is extremely low—virtually zero. The second probability is one (100%)—that the individual person will die if there is a crash—and that’s the probability that scares people. But according to Bayes’s concept, the chance of mortality is a result of the product of these two variables—the chance of a crash times the chance of death. So, when the multiple is calculated—nearly 0 times 1—the answer is virtually zero, meaning the odds are overwhelming that one will reach the destination safely. That is the conditional probability.

Now we extend this concept to testing for a disease such as Covid. For this we need to know how often any test will be negative in the absence of disease (“specificity”) and how often it will show positive when the disease if present (“sensitivity”). In order to satisfy the Bayes’ formula, we then plug these values into any given population suspected of harboring Covid. Although somewhat controversial, typical Covid tests average a sensitivity of about 56% and specificity of 99%

If we apply such a test to an asymptomatic population possessing a low infection prevalence of approximately 5%, Bayes’ tells us that if an individual member of this population tests positive, he/she is only about 76% likely to actually possess the virus, meaning there is a 24% likelihood that the test if ”falsely positive.” That’s not very reassuring, and it can possibly lead to many unnecessary isolations, etc. On the other hand, if a person from this group tests negative, he is over 99% likely to be free of disease, meaning he may be confidant that there is no present infection.

If we apply the same test to a group suffering from typical symptoms of Covid—we postulate to possess over a 90% rate of infection—the resulting test result will be positive in over a 99% rate, confirming a near certain likelihood of active Covid infection. However, anyone in this latter group that tests negative would still be 80% likely to have the disease, meaning the such a test result would do little to eliminate this diagnosis.

Regarding this first group in which disease is unlikely, a positive test raises the odds that disease is present, but leaves considerable doubt, and this explains why much controversy continues to surround the wisdom of testing normal, asymptomatic populations to screen for many hidden diseases!

Note: Detailed analysis of Bayes Theorem can be found in my book, Snake Oil is Alive and Well: https://www.amazon.com/s?k=snake+oil+is+alive&i=stripbooks&crid=392PI4WF9XI1T&sprefix=snake+oil+is+alive%2Cstripbooks%2C131&ref=nb_sb_noss

Purchase of this book is highly recommended!

PrevPreviousFIRST, POLITICIANS RUN AFOUL OF SCIENCE, NOW, EVEN THE JUDICIARY GETS INTO THE ACT!