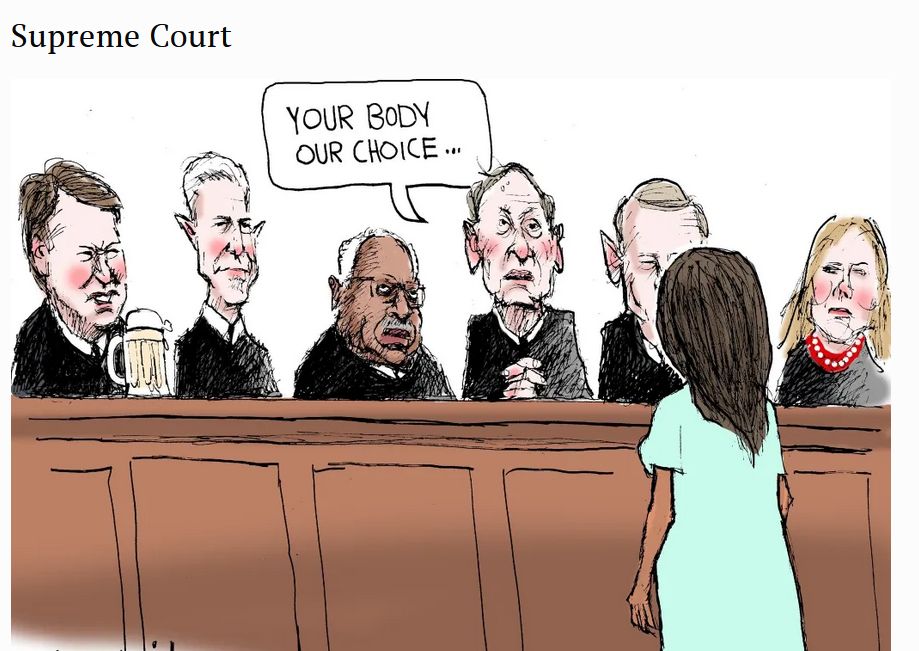 DO WE REALLY NEED ROE V WADE? View from a Medical Perspective

Those who oppose voluntary termination of pregnancies usually call their movement “right to life.” But if asked how they define life, the answers are quite diverse. Does life begin with the fusion of two cells at the time of fertilization? At the time of a fully developed baby’s arrival? Or any time outside of these two events? Skirting the issue in the Roe v Wade (1973) case, the US Supreme Court ruled with the opinion “We need not resolve the difficult question of when life begins. When those trained in the respective disciplines of medicine, philosophy, and theology are unable to arrive at any consensus, the judiciary is not in a position to speculate as to the answer.” Instead the court chose an arbitrary point at which time the fetus is deemed viable, i.e.,capable of living outside the uterus, which was a stage believed then to occur at approximately the end of the 24th week of pregnancy (later modified to about 20 weeks).

Since no governmental departments can define “life” or when it begins, theological, ethical, and speculative beliefs have been offered in a haphazard manner to fill the void, often relying on religious tenets: Some anti-abortion activists contend that “life” can be established by such criteria that include ultrasound images of spines and hearts, fetal motions, and others. Clearly, these various efforts offered as evidence of “life,” fail to prove what courts or scientists cannot. If one agrees with many right-to-life advocates that all life begins at conception, abortion at any stage would constitute murder, meaning that all abortions would be criminal, an idea almost universally rejected.

CAN THIS CONTROVERSY BE RESOLVED?

Although “life” cannot be defined by governmental decree, any attempts to apply religion to this debate arguably violates the first amendment’s separation between church and state. Moreover, the various religions cannot even agree as to when “life” begins. Many Christian fundamentalists believe that life begins at initial conception, and, by contrast, Jewish law teaches that life begins at birth, specifically when the infant’s head emerges into view; moreover, the newborn infant is not even considered fully possessed of a status equal to an adult human until it has survived thirty days following birth. These conflicting religions attitudes underline how such beliefs have clouded governmental policies.

WHAT IS THE SOLUTION?

The U.S. Constitution provides no guidance about terminations of pregnancies, nor does it explore the meaning of “life,” or when it begins. It does, however, through the fourth amendment, establish the right of privacy, to wit, “The right of the people to be secure in their persons, houses, papers, and effects, against unreasonable searches and seizures, shall not be violated, and no warrants shall issue, but upon probable cause, supported by oath or affirmation, and particularly describing the place to be searched, and the persons or things to be seized. “

This means essentially that the government cannot impinge on private matters such as whether or not pregnancies are terminated. Such decisions are strictly private and are left to be determined by individuals’ own religious, ethical or philosophical beliefs—with one possible exception, that being after a developing fetus is capable of surviving outside the womb. But even this latter case is arbitrary and subject to overriding considerations such as danger to mothers’ health, fetal abnormalities, and others, all of which should be subject to the input from medical professionals without direct governmental involvement.

This non-intervention governmental policy should extend to all the states in a uniform fashion which would level the playing field for all women, no matter where they live or their financial condition. In order for this policy to be applied uniformly to the entire nation, congressional action would be necessary—a difficult, but not impossible task. But absolutely necessary in light of the imminent demise of Rowe vs Wade!

Such legislation is far overdue, for had it been applied in the past, it would have rendered Supreme Court action (Roe v Wade) unnecessary. In addition, this policy could serve to avoid many emotionally charged future confrontations that we are witnessing today!

PrevPreviousSleeping Pill Myths
NextWHAT SHOULD YOU KNOW ABOUT FAKE (PLANT BASED) MEAT ?Next

301 thoughts on “DO WE REALLY NEED ROE V WADE? View from a Medical Perspective”