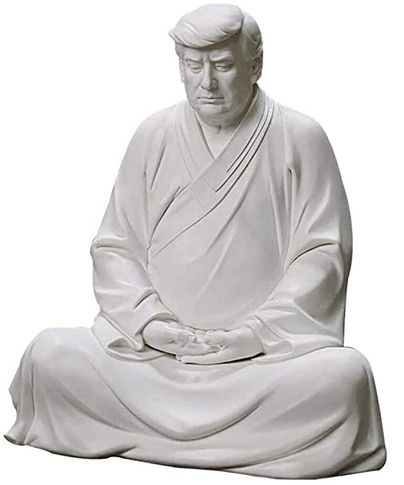 After early training and many years in medical practice, I have learned to recognize many mental abnormalities. This experience has enabled me to evaluate and refer many seriously ill patients for psychiatric care. It has also helped me assess Trump’s mentality and, upon additional research, how his story closely resembles that of certain notorious cults and their leaders of the past.

My study has shown that two ingredients are regularly required to create a dangerous cult: 1) A mentally abnormal leader, and 2) A malleable group of followers willing to accept irrational—and even deadly—orders. So, could Donald Trump and his followers fulfill either or both of these criteria? Let’s explore how his example compares with those of some well-known notorious historical ones.

Manson was a character in Hollywood in the late 60’s, who presented an infectious friendly countenance that attracted enough people to form a group of young adult followers known as the Manson Family. His ability to be charismatic and friendly on the outside but evil and psychopathic on the inside made him a dangerous force. Manson was believed to be a sociopath with an antisocial personality disorder, which is characterized by a pattern of exploiting and violating others with no real remorse or empathy. Manson also likely suffered from a type of schizophrenia involving paranoid delusions. Lacking any tethering to reality, he would later instruct his followers to commit eight murders within the span of three days.

During his subsequent court trial, the judge ruled Manson was too crazy to give parole. He ended up dying in prison in 2017.

James Warren Jones was an American cult leader, political activist, preacher and faith healer who led the Peoples Temple, a new religious organization that existed between 1955 and 1978. After leaving the United States, he established Jonestown, a settlement in Guyana, Africa, compelling many of his followers to live there with him. After clashing with investigators exploring human rights abuses at that location, Jones ordered and likely coerced a mass murder-suicide that claimed the lives of 918 commune members, 304 of them children, almost all by drinking Flavor Aid laced with cyanide.

Jones’s mental illness was believed to be the “narcissistic personality disorder,” which, according to the psychiatric definition, regularly includes a lack of empathy, together with a pervasive pattern of grandiosity that with an exaggerated sense of self-importance. Also included are fantasies of unlimited success, power, brilliance, beauty, or ideal love that requires excessive admiration. Narcissists often take advantage of others to achieve their own ends. Although they show arrogant, haughty behaviors or attitudes, they are often envious of others.

Jim Jones consistently displayed evidence of many, if not all, of these characteristics, clearly qualifying him to be a dangerous cult leader.

David Koresh was an American cult leader who played a central role in the Waco, Texas fiery siege of 1993. As the head of the Branch Davidians cult, he claimed to his followers to be its final prophet and messiah. After U.S. government investigators raided his Mount Carmel Center in February, 1993, an ensuing gun battle resulted in the deaths of both federal agents and Branch Davidians. during which the structures caught fire and caused the deaths of 79 Branch Davidians, 21 of whom were children. According to the FBI, Koresh’s right-hand man was believed to have shot and killed Koresh and then committed suicide with the same gun.

The evidence of Koresh being a narcissist was compelling, provided by the fact that he consistently put his needs above those of his friends and followers, along with his alleged perfectionist tendencies, lack of empathy, and preoccupation with power and the sense of entitlement.

MENTAL DERANGEMENT: THE FIRST REQUIREMENT TO LEAD A DANGEROUS CULT

The common characteristic of dangerous leaders of cults is the presence of insanity, which, according to standard dictionaries, is defined as “mental illness of such a severe nature that a person cannot distinguish fantasy from reality, cannot conduct her/his affairs rationally, or is subject to uncontrollable impulsive behavior.” Such mental disorders usually include lack of empathy, and also often are manifest as a distorted view of self that includes narcissism, with the belief that they are superior godlike beings endowed with special powers to control others and predict future events. In matters of law, insanity is simply defined as mental illness that prevents the ability to distinguish right from wrong. Successful, dangerous cult leaders, despite such mental illnesses, may often display a superficial conviviality that allows them initially to attract members, only to later reveal deep-seated, sinister qualities.

Do any of these qualities resemble those of Trump?

WHY DO SOME PEOPLE ALLOW SUCH LEADERS TO ENTICE THEM INTO CULT PARTICIPATION?

Although this is a complex issue, here are a few features psychologists have described about the mentality of cult members: They are provided with an illusion of comfort. In a fearful and uncertain world, cult leaders often make false promises such as financial security, total health, and peace of mind. They also satisfy the common desire for absolute answers. Today’s world usually confronts us with abstract issues that are not amenable to black and white answers. Craving such clarity, people turn to cults because they believe they’re being offered solid, absolute answers for questions such as good vs. evil, religion, politics, etc. Many cult leaders promote messages that are simple and seem to make sense, which is the exact opposite of what we’re often provided with in typical, everyday life.

People are often surprised to learn that those who join cults are, for the most part, average people. They come from all backgrounds, all zip codes, and all tax brackets. But research done in the past two decades has found an interesting pattern: People successfully recruited by cults are said to have low self-esteem, which causes them to be easier to break down mentally. Abetted by effusive flattery, the cult provides the supportive environment they’re looking for, allowing them to train their subjects’ brains to associate the cult with acceptance.

Finally, cults maintain their power by promoting an “us vs. them” mentality. They prove powerful because they are able to successfully isolate members from their former, non-cult lives. One of the ways cult leaders achieve this is to convince their followers that they are superior to those not in the cult, further helping to overcome feelings of inferiority. This “us vs. them” mentality ultimately leads to cult members isolating themselves socially from friends and family. To be successful, a cult leader may adopt such measures as brainwashing, i.e, repeating various lies and distortions until members find it difficult to distinguish between reality and cult life, and inducing a sense of paranoia by convincing their victims that outside groups such as the government are out to get them, but only the cult can provide safety. Surprisingly, however, most members fail to realize they are part of a cult.

HOW DO TRUMP AND HIS FOLLOWERS RESEMBLE THESE NOTORIOUS EXAMPLES?

As pointed out by the many psychiatrists who contributed to the book “The Dangerous Case of Donald Trump,” Trump displays the main—if not all—components of the narcissistic personality disorder, which includes a distortion of reality with its inherent feature—repeated lying. He also possesses the clear attributes of a demagogue, which is defined as “any political leader who makes use of popular prejudices and false claims and promises in order to gain power,” which is, defacto, the political equivalent of a cult leader Given his mental aberration, it is quite likely that even Trump himself, in most instances, is unable to distinguish truth from fantasy.

The relationship between Trump and his Republican base are eerily similar to that noted above in the examples of dangerous cults. The two major requirements were clearly fulfilled: 1) A leader who possesses a mental disorder that consists of an inflated ego that includes arrogance and delusions of grandeur, combined with a lack of empathy. 2) Followers that regularly accept the leader’s word as the truth, despite overwhelming contrary evidence. And most importantly, resembling those examples cited above, Trump urged his followers to follow his orders even to the point of physical violence, as exemplified by the events of January 6th.

The demographic backgrounds of the participants in the January 6th rioters bore surprisingly unexpected results. According to the analysis of 193 people arrested in connection with this riot, as reported by Robert A. Pape, political-science professor at the University of Chicago, and Keven Ruby, senior research associate, only a minor proportion of the militants had any connection with existing far-right militias, white-nationalist gangs, or other established violent organizations. Far more of them consisted of a new kind of violent mass movement comprising more “normal” Trump supporters—in many cases, middle-class, middle-aged white men. Lacking obvious ties to the far right, their participation with extremists on January 6th was fueled in large measure by the belief that their status was imperiled by social changes in their own localities. Supporting this contention, counties with the greater declines in white populations were the most likely to produce insurrectionists. This finding held true, regardless whether they resided in a red or blue district, or even when controlling for population size, distance to Washington, unemployment rate and urban or rural location. This observation accords well with the common features described above for typical cult followers—that is, harboring feelings of inferiority that, in this case, likely resulted from the “threat” of being replaced by minority groups. Also similar to the notorious cult examples cited above, these rioters were blindly following a leader’s disingenuous orders to the point of violence. The overwhelming reason for action, cited again and again in court documents, was that arrestees were following Trump’s orders to keep Congress from certifying Joe Biden as the presidential-election winner. Dozens of arrestees made statements such as “I am incredibly proud to be a patriot today to stand up tall in defense of liberty & the Constitution, to support Trump.”

Does anyone fail see a resemblance between Trump, the dangerous leader, and his cult-like followers?

PrevPreviousIS SNAKE OIL STILL ALIVE?
NextShould anyone begin to exercise after they reach the age of 60?Next