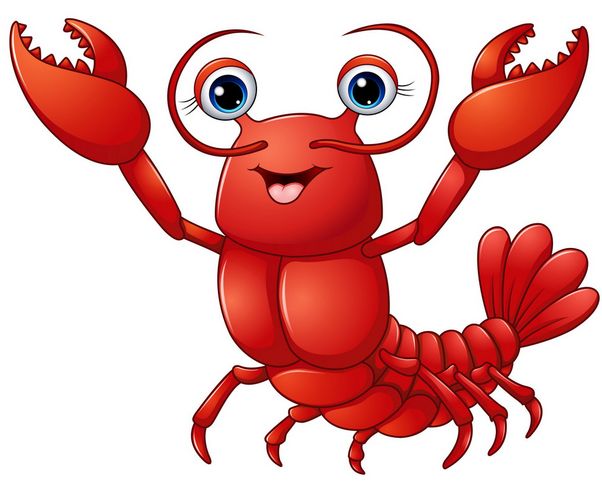 Previously I discussed the health advantages of various foreign cuisines: https://mortontavel.com/do-some-foreign-cuisines-provide-major-health-benefits/. Recently, however, the New York Times ran an article focusing on the ingestion of insects, and the following comments are based partially on their observations, which, surprisingly, emphasized the advantages of this potential food source.

As displayed on the picture above, the delectable lobster is actually a large insect. And few of us would retract in horror when confronted with such a tasty treat! David Foster Wallace, in his 2004 essay “Consider the Lobster,” noted that “lobsters are basically giant sea-insects,” with a footnote citing Maine slang for lobsters: bugs. Like insects today, lobsters were once dismissed as bottom feeders too abundant to be treasured. In colonial times, indentured servants and prison inmates were purposely fed them almost daily, until ordinances were passed to prevent such “cruelty.” Only with the arrival of the cross-country railroad in the 19th century, when non-coastal dwellers had a chance to taste canned lobster, did it become an exotic, desirable dish.

In turns out that most insects are high in protein, low in cost, eco-friendly and tasty. And only in the West have we resisted them. The Food and Agriculture Organization of the United Nations estimates that two billion people, more than a quarter of the world’s population, eat bugs as part of their standard diet. In Kenya, termites are drummed out of their mounds — the sound evokes rain, to trick them into emerging — and eaten live and juicy or dry-roasted. Peruvian Amazon weevil grubs, which live inside rotted aguaje palms, are charred over an open flame; lush from feeding on palm tissue and oil, they quickly caramelize. Shaken from mango trees in a region of northeastern Thailand, red weaver ant larvae bear a distant memory of fruit, and pop in the mouth like tiny water balloons

From a scientific standpoint, our rejection of bugs as food is illogical. Insects share many characteristics with crustaceans such as crab and shrimp, which are coveted and esteemed.. Can bugs undergo a similar makeover? Some 2,100 insect species worldwide have been identified as edible, from leafhoppers and water boatmen to stink bugs and agave worms; the most popular globally are beetles, followed by caterpillars. Their nutritional benefits, while varied across species, are substantial: high in energy yield, rich in essential amino acids and comparable and sometimes superior, per ounce, to beef, chicken and pork in amounts of protein, omega-3 fats, iron, magnesium, calcium and zinc. Bugs also don’t require much nurturing or space to develop, and they generate far fewer greenhouse gases than conventional livestock. Almost all of an insect can be consumed, as opposed to less than half of a cow. And they reproduce and grow from larvae to adult with startling swiftness — a horror story if we think of them as enemies, but a blessing if we recognize that they could keep us alive when the world’s population hits 9.7 billion in 2050 and other sources of protein run out.

Of all the species of insects used, crickets provide a major source worldwide, and have provided nutrition for thousands of years. In Africa, Asia, and Latin America, they are part of traditional cultures. People most commonly eat crickets in under-resourced countries, where many people experience food insecurity and various animal sources of protein, like cattle, poultry, and fish, are scarce.

Research shows that people in Western countries aren’t entirely comfortable eating insects because they tend to view insects as unclean, potentially dangerous, or simply unaesthetic. However, more people have begun to accept cricket consumption in Europe, the United States, and Canada as food companies have created user-friendly cricket-based products like protein powders and protein bars. In the past few years, a number of start-ups dedicated to entomophagy (the human consumption of bugs), including Exo Protein Bars, Bitty Foods, Aspire Food Group and Hargol FoodTech, have raised millions of dollars in venture capital. Silicon Valley offices have been spotted stocking up on snacks and treats based on a “flour” of roasted and pulverized crickets. And the American market for edible insects exceeded $55 million in 2017 and is projected to increase more than 43 percent by 2024, according to the research firm Global Market Insights. We now have technology companies that harvest “micro livestock” as a solution to world hunger and environmental degradation. Over the next few years, the Texas-based Aspire Food Group plans to build several automated cricket production facilities, where robotic modules can tend to billions of bugs annually, monitoring intake of food and water, until the insects are dry-roasted whole for snacks or milled into powder.

While robots may eventually take over the cultivation of bugs, a crop like palm weevil larvae don’t require significant overhead or sophisticated equipment, making it ideal for small-scale family enterprise and offering a path out of poverty. Hundreds of local farmers in Ghana have learned to rear palm weevil larvae as a way of earning stable, yearlong incomes. In the past two decades, villagers in impoverished northeastern Thailand have started housing crickets in concrete pens in their backyards. As demand for the insects has risen, so have profits: One farmer reportedly went from selling 10 kilograms to more than two tons a day. Now around 20,000 such farms have been established, collectively earning more than $3 million a year. All this activity may provide a path toward ending hunger and poverty and protecting the environment: We’ve shown a willingness to embrace suspect foods in the name of reducing waste, taking delight in animal parts once discarded, like pig’s feet, sweetbreads and other organs. As insects enter our larders, shouldn’t we accept them as they are?

A movement toward global food tourism may provide the push. In part, that shift is a legacy of the late writer and TV host Anthony Bourdain, who was always game to try something new, however disconcerting, because he respected the fact that in another culture, it was beloved. Now, at the fine-dining restaurant Quintonil in Mexico City, diners pay hundreds of dollars for a tasting menu that might feature grasshoppers and escamoles (ant eggs), which the former New York Times food critic Ruth Reichl equated in texture to marshmallows. Humbler preparations are also gaining popularity: Baseball fans at Safeco Field in Seattle happily toss back crunchy chapulines (grasshoppers); more than 18,000 orders were sold in the first two weeks of the 2017 season. The insects come from Oaxaca, Mexico, where they are a familiar snack, and cooked in the traditional style, boiled, dehydrated and shucked of legs and antennae.

It’s useful to remember that our ancestors didn’t eat bugs simply out of proximity or necessity or perceived impending apocalypse. They also did it out of desire and taste, opting for whatever was handy and not lethal. So why not us?

PrevPreviousPREVAGEN: A CONTINUED FRAUD UPDATED
NextHOW MANY DEATHS FROM COVID DID WE AVERT FROM VACCINATION? AND HOW MANY MORE COULD WE HAVE SAVED?Next