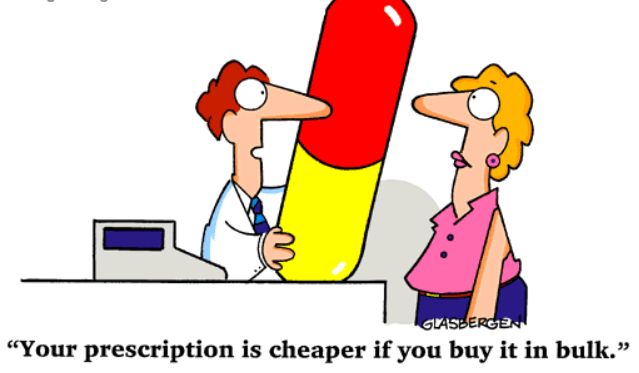 GENERIC DRUGS: ARE THEY SAFE?

Despite widespread use, concerns are warranted

About three-quarters of prescription medication American adults take are generics, but over 40 percent of us have a concern or misconception about them, according to a national poll. But the vast majority of people believe generic drugs are as safe and effective as brand-name drugs. Indeed, the drugs—copies of brand-name medication whose patents have expired—contain the identical active ingredients in the same quantity. And because brand-name drugs are prescribed for many years before they can be copied, their generic clones are considered, by extension, “tried and true.” Overall, generic drugs appear no more likely than brand-name drugs to pose risks. But generic and branded drugs do differ in one important area: price. Generics can cost up to 95 percent less because manufacturers don’t have the expense of developing them from scratch and spend far less money on advertising. But despite these advantages of generics, let’s examine some concerns about them.:

The Food and Drug Administration requires that over-the-counter and prescription generic drugs have exactly the same active ingredients in the same strength as the brands they copy. It also requires that they have the same purity and stability, come in the same form—for example, tablet, patch, or liquid—and be administered the same way (for example, swallowed as a pill or given as an injection). In addition, manufacturers of a generic must demonstrate that the drug is “bioequivalent” to its corresponding brand by showing that it delivers the same amount of active ingredients into a person’s bloodstream in the same time as the original brand. A 2009 analysis of 2,070 bioequivalence studies found that the average difference in absorption—using two measures—between a generic and its branded prototype was about 4 percent, the same variation that is found between two batches of the same brand-name drug.

Are generic drugs made overseas safe?

To a degree, yes, but only as safe as brand-name drugs made overseas. Eighty percent of the active ingredients in all U.S. drugs—generic and branded—are now made in foreign countries. In fact, most brand-name drugs are produced in the same countries and often the same factories as their generic counterparts. There have been concerns about generic drugs made overseas, but there also have been reports of problems with brand-name drugs. For example, in 2009 the FDA took action against a generic drug-maker for falsifying data and test results at one of its facilities in India. The previous year, an FDA investigation found that the active ingredient in branded versions of the blood thinner heparin, made in China, had been contaminated. The agency has not had sufficient resources or access to inspect foreign facilities as often as it does domestic ones. Unfortunately, that potentially affects both brand-name and generic drugs, and we need to be vigilant about it. But so far, it appears that counterfeit or adulterated drugs are rare in the U.S, but how rare?

The FDA has recently taken steps to increase overseas inspections, and some U.S. drug-makers inspect their foreign facilities. The Food and Drug Administration Safety and Innovation Act of 2012, signed by President Obama, provides additional resources for inspections of manufacturing facilities overseas.

But in recent years, the generic drug supply has been plagued by problems. Whereas name-brand drugs can be so expensive that people can’t afford them, generics are often so cheap that companies stop making them or cut corners to turn a profit. Competition for market share at rock-bottom price points has led to chronic shortages, unpredictable price-spikes, allegations of illegal price-fixing, and substandard and even dangerous practices. Since greater production of generics has shifted overseas, it’s harder for the FDA to inspect factories. Major companies have been caught faking and manipulating the data that is supposed to prove that drugs are effective and safe. Probable carcinogens have been discovered in the drug supply. During the pandemic, which caused several countries to ban the export of medical supplies, a new fear has arisen: that faraway factories might one day cut Americans off from their drugs. Dozens of lifesaving medications are made with ingredients no longer manufactured in the United States, and for the most part, the free market simply isn’t working for generic drugs.

Since the 1980s, almost every other kind of product has evolved to develop sophisticated rating systems to let customers balance quality and cost, and make decisions accordingly. If customers could see a quality ranking on a drug, they might be willing to pay more for it. Insurance companies might refuse to reimburse for drugs that aren’t at least three stars, to avoid paying for a placebo. If quality were rewarded, more companies would invest in it. The idea of establishing a quality rating system — either for drugs or the factories that make them — has been batted around in Washington for years. It was included as a “next step” in the Biden administration’s new supply chain resiliency plan. But privately, administration officials have admitted that they expected it to be an uphill battle, since quality ratings upend the basic mythology upon which the entire industry has been built.

The realization that the free market isn’t working for generic drugs has led some to turn to nonprofits as a solution. In 2018, a group of hospital administrators and philanthropists created a buyers club. Members agreed on the drugs they wanted, and then the organization, Civica Rx, entered into long-term contracts with licensed manufacturers to produce them. Since the collective is funded by its members, not investors, it can prioritize need and quality over profit. Civica doesn’t pretend that all drugs are equal. It sources drugs from the United States and Europe so it has more visibility into the supply chain. It stockpiles several months of supply, bucking the trend of just-in-time manufacturing. And it supplies drugs that the market has failed to reliably produce. Today, it counts more than 50 health systems as members — over a third of all licensed hospital beds in the United States. Recently, Civica unveiled plans to build a 120,000-square-foot factory in Virginia to make sterile injectable drugs that have been particularly hard to source. The nonprofit has begun to supply hospitals with Vancomycin, an antibiotic used to treat severe pneumonia and intestinal infections, which had been scarce and expensive for years prior. Civica’s prices are competitive, but not rock-bottom. Perhaps they can not only fill a current need, but provide a model for future government action.

When to use special caution: The NTIs (narrow therapeutic index)

Articles in medical journals and other media have debated the safety of using generics in place of brand-name drugs that have a “narrow therapeutic index” (NTI) because they are effective and safe only within a small dosing range. In other words, too little active ingredient and the drug doesn’t work; too much and it becomes toxic. NTI drugs include antiseizure medication for treating epilepsy, blood-thinning drugs like warfarin, antiarrhythmics for controlling irregular heartbeats, and drugs that help prevent the rejection of a transplanted organ. Several states have restricted generic substitutions of NTI drugs, and last year an FDA committee recommended that the agency tighten bioequivalence standards for them. This has been an ongoing issue for people with epilepsy. In 2006 the American Academy of Neurology recommended that pharmacists not substitute generic versions of antiseizure drugs for people with epilepsy without their consent and their doctor’s. The concerns stem from anecdotal reports of treatment failures, such as an increase in epileptic seizures, after patients switched from a branded to a generic medication. Those studies, however, contradicted the findings of randomized controlled trials, leaving us with no clear answers.

Cardiovascular drugs were investigated in a 2008 pooled analysis of 38 trials. They found no evidence that brand-name heart drugs worked any better than their generic versions. The analysis included NTI drugs such as antiarrythmics and the blood thinner warfarin (Coumadin), as well as drugs to lower blood pressure, cholesterol-lowering statins, and the antiplatelet drugs aspirin and clopidogrel (Plavix). Nevertheless, for all NTI drugs, I would recommend staying on a generic made by one manufacturer to avoid slight variations that may occur with different manufacturers. Talk with your pharmacist to ensure that he or she can provide that consistency month-to-month, or at least tell you if the pharmacy switches its generic supplier. If you do switch to a different generic or from a brand to a generic, your doctor may want to monitor your response more closely during the transition period.

When your doctor prescribes a drug, ask if there is a generic version that would be just as safe and effective but less expensive. If one isn’t available, as is the case with many newer brand-name drugs, ask if a generic version of an older drug in the same class would work as well. Keep in mind that branded and generic drugs can contain different inactive ingredients that may alter their look and taste. That won’t affect how they work. But if you’re allergic or sensitive to lactose or gluten—which may be used to fill and bind pills—ask your pharmacist to verify the ingredients in the product you receive.

Learn the generic and brand names of your medication to avoid taking multiple versions of the same drug.

To find out if your medication is available as a generic, go to DailyMed. If you know the drug’s active ingredient, use it in the search. Results with multiple manufacturers indicate the generic is probably available.

Because of the quality irregularities described above, there is no simple answer for individual drug consumers, and we must await a generally demanded quality rating system applied to all such products. Although there are numerous ways to reduce drug costs, I would consider the reservations made above. Above all, do not insist on obtaining the most expensive product, even though you have seen it on television. In general, it is safer to use generic drugs to control conditions that can be monitored by the patient, such as blood-pressure or sugar control, where changes in efficacy can be quickly assessed and changes made accordingly.

28 thoughts on “GENERIC DRUGS: ARE THEY SAFE?”