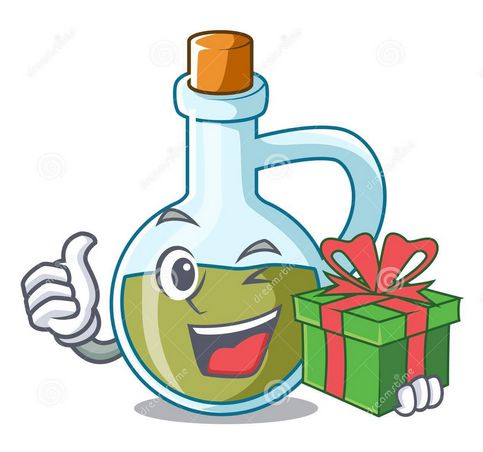 OLIVE OIL: IS IT GOOD FOR WHAT AILS YOU?

According to a study published recently in a major medical journal, higher olive oil intake was associated with various reduced health risks that included mortality among 60,582 women and 31,801 men who were originally free of cardiovascular disease or cancer. A food frequency questionnaire was completed every four years to assess diet. Over a duration of 28 years, those who never or rarely consumed olive oil, were compared with those with the highest consumption of this oil, i.e., greater than one-half tablespoon daily. This latter group demonstrated a reduction of all-cause mortality of approximately 20% . Higher olive oil intake was also associated with a similar reduced risk from cardiovascular disease, cancer, neurodegenerative, and respiratory diseases. More specifically, replacing 10 g/day (approximately 2 teaspoons) of margarine, butter, mayonnaise, and dairy fat with an equivalent amount of olive oil was associated with similar lower risks for these causes of mortality.

The researchers concluded by stating that their results support current dietary recommendations to increase the intake of olive oil and other unsaturated vegetable oils in place of other fats to improve overall health and longevity.

Moreover, in another study, Alzheimer’s and respiratory disease were related to olive oil consumption, showing a 27% reduction in risk of dementia-related mortality for those in the highest versus lowest category of olive oil consumption. Considering the lack of preventive strategies for Alzheimer’s disease and the high morbidity and mortality related to this disease, this finding, if confirmed, is of great public health importance. In addition, the study reported an inverse association of olive oil consumption with risk of respiratory disease mortality. However, a lead researcher stated “Because residual confounding from smoking and other risk factors cannot be ruled out, this finding is tentative and requires confirmation in a study that is less susceptible to confounding, such as a randomized trial.”

More questions require additional research: Is the potential effect related to monounsaturated fatty acids (MUFAs) or phenolic compounds; that is, is the protective effect confined to polyphenol-rich extra-virgin olive oil or are refined olive oils and other vegetable oils as beneficial? This requires clarification of the underlying mechanisms of benefits, as well as the exact intake volumes of olive oil required for good results.

Olive oil, a key component of the Mediterranean diet, is high in MUFAs, especially oleic acid, as well as vitamin E and polyphenols, which contribute to its anti-inflammatory and antioxidant properties. Virgin olive oil, produced by mechanically pressing ripe olives, contains multiple bioactive components and has an acidity of less than 1.5%. And extra-virgin olive oil is produced the same way but has a higher quality, more intense taste, and lower acidity (less than 1%). Refined or processed olive oil contains less phytochemicals, as some are lost during processing; it usually contains more than 80% refined oil, plus virgin oil added back to enhance flavor, and may also be labeled “pure” or “light.” Nevertheless, refined olive oil still has a good amount of healthy fatty acids.

Until now, no large prospective study has examined the link between olive oil intake and various causes of mortality in a U.S. population, where, compared with Mediterranean countries, olive oil consumption is limited. From 1990 to 2019, the average U.S. consumption of olive oil increased from 1.6 g/day to 4 g/day. Margarine in the 1990s contained saturated fat and trans fats, whereas more recently, margarines contain beneficial olive oil or vegetable oils. Baseline olive oil consumption in this U.S. population differed remarkably from that in the Spanish population, which was, on average, 20-22 g/day of extra-virgin olive oil and 16-18 g/day of refined/mixed olive oil. Because olive oil consumption was so low in this U.S. study, the researchers could not distinguish between virgin/extra-virgin olive oil and refined/processed olive oil. The participants were almost all White (99%) and were generally healthier than the average U.S. population; on average, they had normal average body weights and ate abundant fruits and vegetables daily. Those with the highest olive oil consumption were also more physically active, had a healthier diet, were more likely to have Southern European or Mediterranean ancestry, and were less likely to smoke. There was no decrease in mortality in models where the researchers substituted olive oil for vegetable oil, suggesting that vegetable oils may provide similar health benefits as olive oil.

WHAT CAN WE CONCLUDE?

There is no downside risk to increasing consumption of both types of olive oil, which for most of us, provide a tasty alternative to butter and other types of saturated or trans-fats. Many restaurants have already picked up on this by providing olive oil with added spices, to apply to rolls or bread with an appetizer. More intake of this oil (and other vegetable oils?) is left to the creativity of the reader, but the so-called Mediterranean diet contains lots of opportunities for olive oil. But consider that this oil contains similar calories as other fats; therefore, keep total caloric intake withing reason!

PrevPreviousDO WE REALLY NEED ROE V WADE?
Next         HEALTH MISINFORMATION REIGNS SUPREME: What Can Be Done About It?Next

9 thoughts on “OLIVE OIL: IS IT GOOD FOR WHAT AILS YOU?”