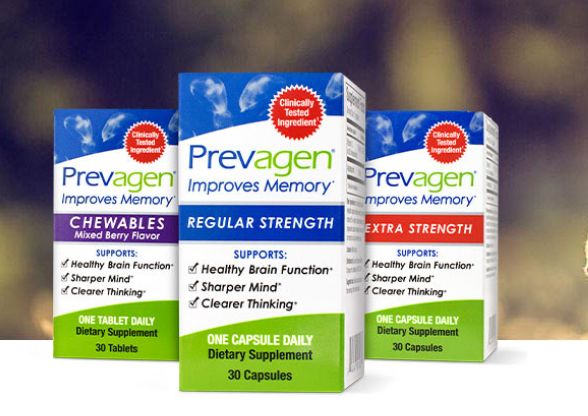 As I have reported previously, the widely promoted “memory enhancer,” Prevagen, supposedly made from jellyfish, is not only a fraudulent product, but, inexplicably, promotion continues relentlessly forward. But why?

Does Prevagen really improve memory? Answer: According to the company’s website, people who use Prevagen (Quincy Bioscience) can “experience improved memory, a sharper mind, and clearer thinking.” Unfortunately, no peer-reviewed studies have been published to back up these claims. In addition, the FDA has warned Quincy Bioscience in the past against claiming Prevagen could treat conditions such as head injuries and Alzheimer’s disease and for failing to report adverse reactions, and the FTC has charged Prevagen’s makers with false and unsubstantiated claims. The FDA has also claimed that the key ingredient, apoaequorin, a synthetic protein, is not an acceptable ingredient in a dietary supplement. Here are the details about Prevagen:

The main ingredient in Prevagen is apoaequorin, a protein first discovered in jellyfish, and now allegedly produced synthetically by genetically modified bacteria. According to the company, apoaequorin can help protect brain cells by binding to excess calcium, which might otherwise damage or destroy the cells – noting that excess calcium can result in memory impairment. However, there do not appear to be any studies that show apoaequorin, when taken orally, actually reaches the brain, or binds to enough excess calcium to reduce the risk of brain cell damage.

There is little clinical evidence that Prevagen actually protects brain cells, or improves memory. Two of the three clinical studies cited by the company have not been published in a peer-reviewed journal. The first study reported that people who slept fewer than 7 hours per night and then took Prevagen daily for 3 months increased their amount of sleep by an average of 37 minutes per night. However, this study did not list the dose of Prevagen used, and was not blinded or placebo-controlled, making it impossible to draw any conclusions. The second clinical study found that men and women who took 10 mg of Prevagen daily for 3 months had significant improvements in word recall and remembering driving directions, but this study was also not blinded or placebo-controlled, rendering it virtually useless.

The third study was placebo-controlled and double-blinded (i.e., neither the patients or the researchers knew who was taking Prevagen and who was taking the placebo) and, in 2016, was published in a peer-reviewed journal. It found that men and women (average age 62) with self-reported mild memory problems who took one 10 mg capsule of Prevagen daily for 3 months had improved scores on certain measures of cognitive function, such as decision making and recall (Moran, Adv Mind Body Med 2016). However, no statistical comparison of results was made between the group taking Prevagen and those taking placebo, making it impossible to draw conclusions from this study.

In 2017 the Federal Trade Commission (FTC) charged the marketers of Prevagen with making false and unsubstantiated claims, noting that this study only found a benefit in a small subset of participants and only on certain measures on of cognitive function. The agency stated in its complaint that “Given the sheer number of comparisons run and the fact that they were post hoc, the few positive findings on isolated tasks for small subgroups of the study population do not provide reliable evidence of a treatment effect.” Quincy Bioscience issued a response, calling the FTC complaint unfounded and inaccurate, and noting that the “sole dispute rests on the interpretation and analysis of the data, with the regulators attempting to hold the company to a standard that is unreasonable, scientifically debatable, and legally invalid.”

Preliminary studies in rats have found apoaequorin, the main ingredient in Prevagen, to be safe (Moran, Food Chem Toxicol 2013; Moran, Regul Toxicol Pharmicol 2014). In 2013, apoaequorin was self-affirmed GRAS (Generally Recognized As Safe); however it is important to note that self-affirmed GRAS status is only a declaration by the manufacturer and is not granted by the FDA, and does not mean that the agency has reviewed the safety data or recognized this ingredient as safe.

A low incidence of adverse events such as headache, nausea, constipation, edema and hypertension has been reported by the makers of Prevagen (ALSUntangled Group, ALS Frontotemp Degen 2013).

There are no known drug interactions, but the Prevagan website recommends people who take multiple medications consult a physician before taking.

FDA Warning Letter
In 2012, the FDA issued a warning to Quincy Bioscience because the company claimed Prevagen could treat conditions such as head injuries and Alzheimer’s disease. The company also failed to report almost 1,000 adverse events associated with the product, including seizures, strokes, and heart arrhythmias (irregularities). (Note: adverse events associated with the use of a product do not necessarily mean the adverse event was caused by the product.)  In addition, the FDA warned Quincy that its unapproved and synthetic version of apoaequorin should be regulated and marketed as a drug, not as a supplement. According to an article in Isthmus, a Michigan newspaper, on February 5, 2013, Quincy’s president claimed, “We’ve been able to satisfy all of their requests” referring to the FDA warning, although, according to the FDA website (checked 2/2/15), the matter has not been closed.

The U.S. Court of Appeals for the Second District has ruled that the FTC and New York Attorney General can continue their suit against the promoters of the widely advertised “memory supplement” Prevagen. In January 2017, the agencies charged the marketers with making false and unsubstantiated claims that the product improves memory, provides cognitive benefits, and is “clinically shown” to work. [FTC, New York State charge the marketers of Prevagen with making deceptive memory, cognitive Improvement claims: Widely advertised supplement touted to improve memory in 90 days. FTC news release, Jan 9, 2017] In September 2017, a U.S. District Court judge dismissed the complaint after ruling that it was too speculative. However, in February 2019, the appellate court vacated the dismissal and returned it to the lower court for further consideration. The key issue in the case is whether or not the non-peer-reviewed study upon which Prevagen’s marketers relied was statistically valid. Prevagen’s supposedly active ingredient is a protein called “apoaequorin,” which is easily digested and thus unavailable to act on the brain. [Schwarcz J. Prevagen for mental clarity? McGill University Office for Science and Society. Jan 14, 2019] TruthinAdvertising.org has an archive of documents associated with its investigations of the marketing of Prevagen.

Meanwhile, while the endless legal battle continues, the public is being monetarily fleeced and subject to an unknown risk of adverse effects, and possibly even death This problem is not unique and can be traced to inadvisable congressional action when they opened the floodgates in 1994 that allowed the marketing of many dietary “supplements” without proper vetting!