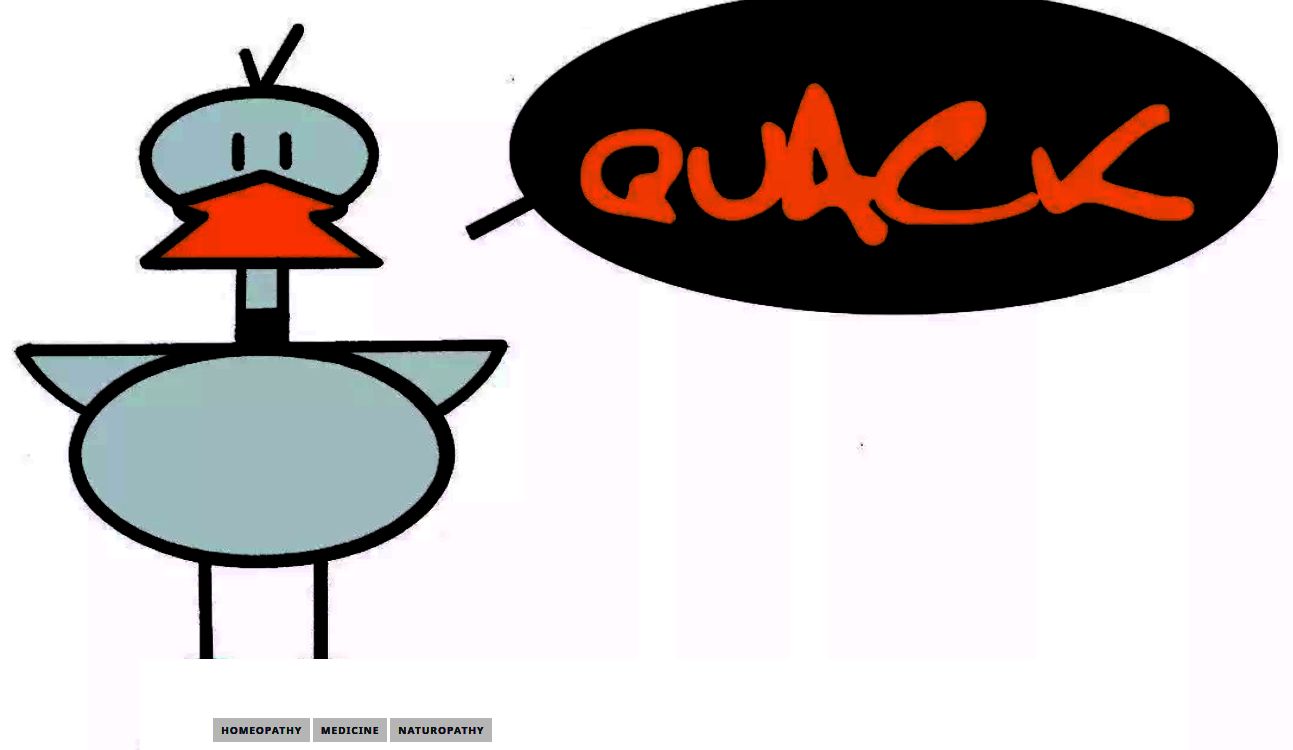 QUACKERY ON TELEVISION: IT NEVER ENDS!

Here are more reasons why you should doubt health issues that are presented on TV.

As I have explained previously, the so-called “ethical” pharmaceutical companies are constantly filling the airwaves with overpriced drugs that are often no better—or even worse—than cheaper alternatives. At least when they cite all those nasty side effects, this confirms that the product has been proved effective by the FDA. By contrast, when nostrums are presented in the absence of those nasty disclaimers, the chances are that are categorized not as drugs, but as “supplements,” meaning that are not subject to FDA approval, are not only ineffective, but may be dangerous, as exemplified by my poster child, Prevagen, a product touted to improve your thought processes. These, and other products of their ilk, do promote at least two things: 1) false information and 2) free wallet space.

But malignant misinformation doesn’t stop there: fraudulent medical products may be slipped into local news programs at the behest of swindlers (AKA quacks), who pay the stations to fuse their pitches into actual news programming. Paying a modest fee to the stations, these grifters can insert ads as if they are medical “breakthroughs!” Using video clips from these broadcasts, they can then go on to present them on their own websites, attempting to gain credibility for their fake products because they have been “validated” by these appearances on TV.

Beautifully demonstrating how this is accomplished, the comedian/commentator John Oliver has presented a 21 minute video, which I heartily recommend: https://www.youtube.com/watch?v=sIi_QS1tdFM Oliver exposes how sponsored content promoting dubious health products and services can get blended into local television news programs without prominent disclosure of the sponsorship. Examples included:

To demonstrate how easy it is to get sponsored content for ridiculous products featured on local news broadcasts, Oliver and his producers created a phony Venus Inventions, Inc., which offered a “sexual wellness blanket” called Venus Veil. The blanket was said to contain proprietary magnetic fibers that could “improve a wide range of sexual conditions from erectile issues to vaginal decay.” “News segments” for the blanket were aired on KVUE in Austin, Texas for modest monetary figures: $2,650, KMGH-TV (Denver7) in Denver, Colorado for $2,800, and KTVX (ABC4) in Salt Lake City, Utah for $1,750.

So next time you are exposed to anything on TV designed to promote better health, unless you are certain about its source, don’t believe it!

PrevPreviousWHY DOES QUACKERY FLOURISH UNDER SO MANY NAMES?
NextCOVID-19: THE LATEST IN VARIANTS AND VACCINESNext

8 thoughts on “QUACKERY ON TELEVISION: IT NEVER ENDS!”