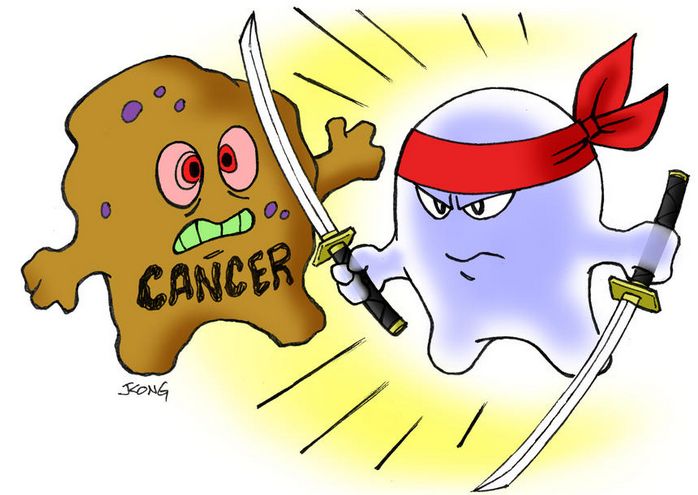 Every doctor knows that the three fundamental ways to prevent cancer are eating healthy, exercising, and not smoking. Many patients know this, too. (Getting them to adhere to this advice is another story.) But what about some other, less-well-known and often overlooked ways to prevent cancer?

Cut back on grilled meats

Cooking meat at high temperatures, such as pan-frying or grilling directly over an open flame, can form heterocyclic amines (HCAs) and polycyclic aromatic hydrocarbons (PAHs). These chemicals were shown to cause cancer in animal studies. Cooking meat—including beef, pork, fish, and poultry—for a long time or at high temperatures (especially above 300 °F) forms more HCAs. And the smoke from these cooking methods contains PAHs, which adhere to the surface of the meat.

While researchers of population studies haven’t confirmed a definite link between HCAs and PAHs from cooked meats and cancer in humans, those who’ve conducted population studies have found that consuming a lot of well-done, fried, or barbecued meats may be associated with higher risks of colorectal, pancreatic, and prostate cancers.

The National Cancer Institute (NCI) suggests several ways to minimize your consumption of HCAs and PAHs when cooking meat at high temps:

Produced by decaying uranium and thoron in the earth, radon gas seeps through cracks in a house’s foundation. According to the EPA, about 1 in 15 homes in the United States has radon that is at or above dangerous levels. In one survey among a random sample of homeowners who lived in a high-radon area, 70% of them knew that radon causes lung cancer—but only 7% reported testing for it. For further information on this subject, please refer to the Citizen’s Guide to Radon Management put out by the EPA: https://www.epa.gov/radon/citizens-guide-radon-guide-protecting-yourself-and-your-family-radon

“Drink responsibly” appears in every beer commercial these days, presumably as a warning against drinking and driving. While drunk driving can certainly be deadly, drinking any amount of alcohol has its risks—including higher risks for several types of cancer. Specifically, alcohol is causally associated with liver cancer as well as oropharyngeal, larynx, esophageal, breast, and colon cancers.

The risk of developing cancer increases with the amount of alcohol a person drinks. Heavy, long-term alcohol use is associated with the greatest risks, but even modest or light drinking can increase cancer risk, according to the American Society of Clinical Oncology (ASCO).

An estimated 3.5% of all cancer deaths in the United States are attributable to drinking alcohol. That’s an underappreciated statistic because 70% of Americans don’t know that drinking alcohol is a risk factor for cancer, according to a national survey conducted by ASCO.

Exposure to UV radiation is the only modifiable risk factor for melanoma. Despite this, less than half of Americans (48%) use sunscreen or limit their exposure to the sun, according to ASCO’s national survey.

Physicians readily talk to patients about the cancer risks of smoking, but what about sun protection? It ranks among the most unappreciated topics of cancer prevention. For instance, during patient visits associated with a diagnosis of skin disease, physicians mention sunscreen less than 1% of the time, according to a study in JAMA Dermatology. Even dermatologists reported mentioning sunscreen at only 1.6% of all patient visits.

Even if people don’t take the advice to eat healthier, they likely know that it’s one of the cornerstones of cancer prevention. But what does “eating healthier” mean, specifically? More veggies, of course. But which ones? Researchers have found some evidence that cruciferous vegetables may help ward off cancer. Cruciferous vegetables include arugula, bok choy, broccoli, Brussels sprouts, cabbage, cauliflower, collard greens, horseradish, kale, radishes, rutabaga, turnips, watercress, and wasabi. In addition to carotenoids, vitamins, and fiber, cruciferous vegetables contain glucosinolates, which give these vegetables their pungent aroma and bitter flavor. The glucosinolates in cruciferous vegetables break down to form biologically active compounds like indoles and isothiocyanates. In animal studies, researchers have found these compounds can inhibit the development of several types of cancer, including bladder, breast, colon, liver, lung, and stomach cancers.

Although the evidence isn’t conclusive, it’s wise to eat more veggies of all kinds, and make sure you try to include those that have at least some evidence of cancer-fighting properties.

Be wary of weed killer

Glyphosate, commercially marketed as the weed killer Roundup, is the most widely used herbicide in the United States. In recent years, it has come under scrutiny as a potential carcinogen. Notably, the International Agency for Research on Cancer (IARC) reviewed the available studies on the topic, and concluded in 2017 that glyphosate “is probably carcinogenic to humans.”

However, in April 2019, the EPA concluded that glyphosate is not a carcinogen and that “there are no risks to public health when glyphosate is used in accordance with its current label.”

But the controversy continues. In one report that reviewed the conclusions drawn by both the The International Agency for Research on Cancer (IARC) and the EPA, the author found that the “IARC’s evaluation relied heavily on studies capable of shedding light on the distribution of real-world exposures and toxicity risk in exposed human populations, while EPA’s evaluation placed little or no weight on such evidence.”

The most recent studies in humans point to a link between glyphosate and increased risk for non-Hodgkin lymphoma. Best advice; Avoid this product whenever possible!

Several researchers have shown that supplemental calcium may provide some protection against colorectal cancer. But, the NCI adds, this evidence “is limited and inconsistent,” so the institute doesn’t recommend calcium supplements for reducing the risk of colorectal cancer (or any other type of cancer).

However, too much calcium isn’t the problem for most Americans. Rather, most Americans get too little calcium, according to researchers at the NIH. The recommended daily intake of calcium is 1 gram (1,000 mg) for the average adult, although teenagers and older adults should get a little more. No one should take more than 2.5 grams of calcium per day, and taking more than 5 grams per day (3 g per day in people with existing kidney problems) can lead to harmful side effects like kidney stones, hypercalcemia (elevated blood calcium), and kidney failure.

In the American Cancer Society’s Cancer Prevention Study Nutrition Cohort, men and women who had the highest intakes of calcium from both diet and supplements had a modestly reduced risk of colorectal cancer. The reduced risk was greatest (a 31% reduction) among those who took calcium supplements of 500 mg or more per day, but the benefit plateaued at a total calcium intake of approximately 1,200 mg per day. Combined results from the Nurses’ Health Study and the Health Professionals Follow-up Study showed an even greater risk reduction.

On the other hand, some researchers have suggested that high intakes of calcium and dairy products may be associated with an increase (albeit a small one) in the risk of prostate cancer in men.

Air pollution causes more premature deaths than smoking or other risk factors, particularly aggravating chronic health risks. For instance, about 75% of deaths attributed to air pollution globally occur in people aged 60 years and older. Pollution’s risks are very similar to the effect of smoking, causing damage to the lungs and blood vessels, which then leads to increases in blood pressure, diabetes, stroke, heart attacks, heart failure, and cancer.

Both air pollution and smoking are preventable, but over the past decades much less attention has been paid by medical professionals to air pollution than to smoking. Worldwide air pollution caused an extra 8.8 million premature deaths in 2015, which equates to an average reduced life expectancy of nearly 3 years for all humans.

What can be done by the individual: Most control of air pollution must be addressed at a governmental level. However, studies have shown that those living in sparsely populated rural regions experience lower mortality

PrevPreviousSHOULD YOU USE AN ELECTRIC TOOTHBRUSH OR A MANUAL TOOTHBRUSH?
NextCANNABIS (MARIJUANA) MYTHS: WHAT SCIENCE SAYSNext