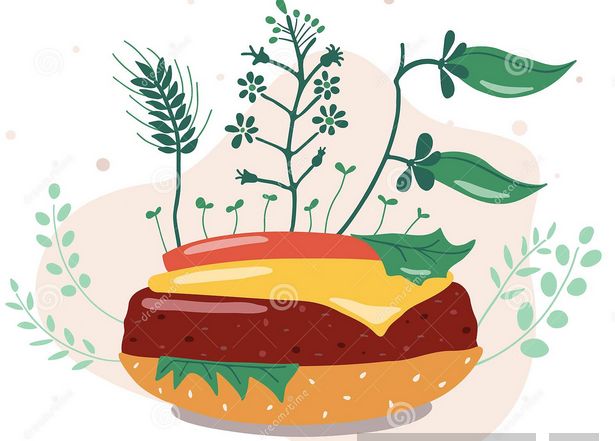 WHAT SHOULD YOU KNOW ABOUT FAKE (PLANT BASED) MEAT ?

Whether or not you are currently a vegetarian, you probably know that a plant-based diet is the healthiest choice. As a result, more Americans are trying to eat more plants and less meat—53 percent, according to a recent large survey of adults. And thanks to a new crop of “faux” meats, your freezer can contain new-age Old MacDonald’s farm, with a chik’n here, a “burger” there, and even a “fish” filet and “pork” sausage or two.

Of course, not everyone is ready to trade sirloin for tofu. So this current crop of plant-based meat—which includes burgers from Impossible Foods and Beyond Meat, as well as fillets from Good Catch and sausages from MorningStar Farms Incogmeato—aims to be guilt-free for vegetarians and animal lovers alike, yet meaty enough for carnivores. No, we’re not talking about your granddad’s black bean burgers here. These new products aim to look like, taste like, and have the texture of meat. So let’s find out more: Consumer Reports studied 32 plant-based burgers, fillets, nuggets, and sausages. They also studied environmental issues surrounding these brave new foods. Here is what they found:

Creating meat from plants takes some doing. Most start with a protein, often pea or soy, to provide structure. These aren’t the whole foods, but concentrates and isolates extracted in a lab. Oil is added to make the food juicy and tender. Binding agents, such as methyl cellulose, starch, and gums, give texture. Some manufacturers fortify the products with nutrients, such as vitamin B12, so they’re closer to meat. One of the fish replacers—from Gardein—had added omega-3s, the heart-healthy fats in fish. The products also contain meaty flavorings and colorings, though the details are often proprietary.

None were identical—but some came close, and their panel of experts judged at least one in each category to be very good. It was the overall flavor profile that gave the impression of meat.

Of course, food doesn’t have to taste like meat to taste good. And the testers rated several without a meaty taste highly, including Boca’s All American Veggie Burgers and Quorn’s Meatless Nuggets.

Do They Cost Less Than Real Meat?

No, at least not now. In early April 2022, a pound of ground beef in the U.S. averaged $3.99 per pound; boneless chicken breast, $4.14. The least expensive plant-based meat in their tests was a Tofurky sausage at $5.71 per pound. The priciest: Daring’s chicken, at $16 per pound. The differential will likely diminish in coming years if meat prices continue to rise and plant-based meat production becomes more efficient and competitive. For example, Amazon Fresh just launched a “budget friendly” line of plant-based meat including Chick’n Nuggets for about $6.30 a pound and plant burger patties for $6.40.

That’s the main reason people say they’re interested in plant-based meats. But it’s not clear that they always are healthier. Most products tested had fewer calories and less unhealthy saturated fat. The sausages, for example, had less of this latter fat per serving than the 6 grams in a serving of Jimmy Dean Fully Cooked sausage. But that wasn’t true across the board. While eight of the “fake” burgers had less saturated fat than what’s in 85 percent lean ground beef, two—Gardein’s and Impossible’s—had more. Some of these mock burgers have less desirable highly saturated coconut or palm oil, and that’s because they melt slowly, giving a similar mouthfeel to animal fats.

Most of the products evaluated—unlike real meat—had lots of sodium, which can raise blood pressure. In general, the plant-based sausages, breaded chicken nuggets, and fish fillets had amounts similar to those in their counterparts from the farm and sea. But nuggets from Raised & Rooted had more sodium than Tyson’s real ones. So, be on the alert to watch the labels for sodium content.

No surprise: Plant-based proteins have more fiber (meat doesn’t have any). Most don’t have a lot—less than 3 grams per serving—though Morning Star’s Incogmeato patties have 8 grams. That’s almost a third of the suggested daily amount, and comparable to what you’d get from a serving of whole plant proteins, such as beans.

What About Those Added Ingredients?

Although lots of evidence supports health benefits of plant-based diets, most coming from research involving whole food, meaning fruits, vegetables, beans, and grains, and modest amounts of poultry, fish, and low-fat red meat. Although the mock meats are plant-based—they’re not whole foods. And that raises concerns because much research links ultraprocessed foods to increased risks of heart disease, weight gain, and more. But we know that all ultra-processed foods are not bad, for products such as soy and almond milks are healthy examples. Nevertheless, according to a study comparing real meat and plant-based burgers, there are important differences between the two. Notably, real meats contain many compounds in addition to those listed on nutrition labels, meaning that they are more complex than the sum of their parts, making it difficult to put together a replacement that contains them all. It can be a struggle to include even some familiar nutrients. One study found that swapping animal products with plant-based meat and dairy makes it harder to get enough calcium, potassium, magnesium, zinc, and—especially—vitamin B12, which is found naturally only in animal foods. Among products reviewed, only five—two “chickens” and three “burgers”—had vitaming B12 added.

Trying to recreate the benefits of natural foods can raise other issues. Impossible’s burgers, for example, have soy leghemoglobin, a compound created from soybean roots that’s chemically similar to the heme iron in meat. Impossible Foods founder Pat Brown says it “produces the explosion of flavor and aroma when you throw a burger on a grill.” But some research links the heme in beef to colon cancer. So in theory an Impossible Burger may pose a similar problem, a potential concern, but likely no worse than that posed by the animal product.

Which Have the Most Protein?

The makers of plant-based meats play up protein: Twenty-seven of the 32 products tested come with a protein claim. In some cases, the amounts are fairly close to what’s in the real thing. For example, a MorningStar Farms Meat Lovers burger has 27 grams and No Evil Foods “chicken” strips have 25 grams. While protein is essential, the average American gets plenty. Much of it does come from meat, which raises concerns because meat protein is inflammatory, which could make tumors grow faster and pose other health issues. That suggests that getting more protein from plants could be a good thing and subject to further study.

Are They Really Better for the Environment?

That is the second-most-common reason people give for trying plant-based meats. And meat clearly contributes to climate change: The way we grow, transport, and consume food accounts for about a third of the planet-heating gases created by humans, with animal-based foods causing twice as much as plant-based ones, according to a 2021 study in the journal Nature Food.

Beef alone accounts for roughly half the emissions linked to U.S. diets but provides just 3 percent of the calories. It also takes about 110 gallons of water to produce a pound of rice, compared with 1,840 gallons for a pound of beef.

So moving toward plant-based proteins can be a powerful way to address climate change. And a 2020 analysis led by researchers at Johns Hopkins University in Baltimore found that plant-based meats could help, with a carbon footprint about 90 percent smaller than beef’s and 40 percent less than poultry’s. On the other hand, they’re 1.6 to seven times more energy-intensive than tofu, peas, or other less processed plant proteins. And beef raised with sustainable farming practices, such as pasturing fewer cattle on grass and tilling waste into soil, may produce fewer greenhouse gases, too.

Although these foods are not a panacea, they may help us all move toward a plant-based diet, which is good. Perhaps starting with plant-based meat on some days might make sense if you and you’re also including whole foods, a move especially helpful for reducing climate change. Even being heavily processed, plant meat has less of an environmental impact than industrial animal production. So we should all give them at least a try!

267 thoughts on “WHAT SHOULD YOU KNOW ABOUT FAKE (PLANT BASED) MEAT ?”